We’ve all heard of play-to-earn games like Axie Infinity, but what if there was a game that paid you to learn things instead? That’s the idea behind Metacrafters.io, a game created by Web3 education platform Proof Of Learn. We sat down with Proof Of Learn’s co-founder and CEO, Sheila Lirio Marcelo, and fellow co-founder and co-head of product Kevin Yang to find out how Metacrafters.io works, how you earn money, and how their way of teaching has the potential of changing how we learn.

What exactly is Metacrafters and how do you earn from it?

Metacrafters in a nutshell is an earn-to-learn project by Proof Of Learn. The idea behind the project is to incentive Web3 learning by giving students rewards for completing courses in the form of cryptocurrency known as CRED (shorthand for credentials) as well as non-fungible tokens (NFTs).

Underpinning the entire endeavor is Proof Of Learn’s blockchain tech, specifically credentialing on a blockchain. That’s basically a fancy way of saying that Proof Of Learn has found a way to put academic credentials that you’ve achieved on the blockchain, and issue NFTs once you complete a course that acts as a digital version of a course diploma. The difference is that since it’s on the blockchain, companies looking at candidates can very easily verify if the people they’re looking to hire really do have the academic background that they’re putting on their resumes, something that’s sometimes tricky to do, especially if you’re hiring talent from overseas or other countries.

How do you earn money from Metacrafters?

The earn part of Metacrafters is pretty simple – once you finish a course, you’re given a certain amount of cryptocurrency, called CRED. The first, basic course on the curriculum is free to enter, and upon completion, you’re given the equivalent of $125. You can use that $125 to enroll in a more intermediate course that costs $500. You’ll be able to make most of that money back once you go through the course, and nab yourself an additional $250 on top of that. A third course is priced similarly as well and nets you similar rewards.

“Over a period of two to three months upon completion of those three courses, if you’re a Filipino developer you can go from $1000 a month to $2,000 a month, in terms of increase in wage in our estimate,” says Sheila.

Earning opportunities aren’t just limited to students either. “If the crafter (student) is paying $500 for the course, 75% of that goes back to the student, while 10% goes to the mentor who creates the curriculum, 5% then goes to the tutor the person teaching the course, then 10% goes to Metacrafters,” she adds.

How stable is CRED as a cryptocurrency?

Very. CRED is a wrapped token, which means its value is pegged to the value of another cryptocurrency. In CRED’s case, it’s the stable coin USD Coin (USDC), whose value is backed 1:1 to the US dollar. This insulates it from the volatile swings that have been hitting other cryptocurrencies as of press time, specifically LUNA and Terra.

When will it start?

Proof Of Learn is looking at launching Metacrafters in the summer (anytime from June to September) of 2022. The company will start with a closed beta and a couple of sprints (classes with a few students) to iron out all the kinks in the system before it opens up to the world. The company has partnered up with Yield Guild Games which will help fund scholars at the start (similar to how managers fund scholars in Axie Infinity).

“It’s going to be this exclusive pilot program where some of the best students are going to come in, really to improve the experience and improve the curriculum so once it’s ready for primetime it’s gone through those feedback cycles already with the community,” Kevin says.

One interesting aspect of Web3 is the fact that the technology is moving very quickly, faster than what traditional tech watchdogs are used to. To address this Metacrafters is getting actual blockchain experts and practitioners to teach students.

Will you be able to get a job once you finish the courses with Metacrafters?

Yes. Since the industry is booming right now skilled developers that have knowledge of Web3 applications are few and far in between, something that Metcrafters is looking to address. Aside from that, Proof of Learn is also building an employment platform that connects Web3 developers that they’re teaching and training with employers (Sheila has plenty of experience in this as she was the founder and former CEO of Care.com). Additionally, Metacrafters can also help train developers of larger organizations like BPOs to get into Web3.

Proof Of Learn is also looking at incentivizing task bounties. These small, paid tasks given to members of the community who have solid credentials become stepping stones as they gain confidence to nab full-time jobs in the future.

How does Proof of Learn earn money from Metacrafters?

Ultimately the main source of earn for Proof Of Learn here are companies that are looking to hire talented Web3 developers for their organizations.

“So every earn model you have to ask who is funding the earn? And for us, our business model is very simple – we have an employer platform, and ultimately it’s the employers that are funding the students. Instead of allocating recruiting dollars or paying a recruiter that fee we’re disintermediating, and that money is going directly to the student,” she says.

“Let’s say $5,000 is the 20% fee on recruiter tuition of a $25,000 income, which is roughly the salary of a developer here in the Philippines for a year. Instead of that $5,000 going to one recruiter for one hire, imagine if that money was split 10 times 500 each to each crafter? Now you end up with 9 loyal crafters to your brand despite just hiring one,” she adds, smiling.

Why are they launching in the Philippines first?

Aside from the obvious link of both Kevin and Sheila to the country (both of them were born here), there’s really something about Filipinos that drive them to excel in earn-driven platforms like Axie Infinity.

“Powerful earn is such a driver here to the point you’ll give up your dream to a certain career because earn is the key potential that you’re going after – we’ve seen that with Axie Infinity with play-to-earn. The BPO industry has also created well-oiled Web2 machinery here,” she says.

Everything from culture to where the macro environment here makes it a great place to start here, beyond us being Filipino. Some of our insights I don’t think a founder that’s non-Filipino would have observed the things we’re observing,” she adds.

“In the crypto aspect of it, I’ve grown up seeing many technological waves and for the first time, Filipinos are at the very front of it. In terms of crypto wallets created, the Philippines is number 1. Filipinos are the leaders in the early adoption of crypto, and it’s pretty amazing to see that. Not only is it close to the heart, Filipinos are in the lead and we don’t Filipinos not just to become #1 in consuming crypto, we also want Filipinos to be #1 in building crypto,” Kevin says.

“Who knows, the next big invention or technology for crypto might come from a Filipino” he adds. 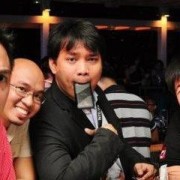 Metacrafters.io, YGG Team Up To Provide Scholars For Play-To-Learn Game

Coins.ph is official cypto partner for the PBA