Being one of the longest-running MMORPG franchises in the market, Ragnarok is joining the play-to-earn movement with Labyrinth NFT. Set to launch in Southeast Asia this second quarter, Ragnarok Labyrinth NFT aims to bring in a new experience where players get to enjoy the game’s MMORPG aspects while being integrated with blockchain technology.

Aside from known Ragnarok gameplay like idle automatic hunting for character growth, Labyrinth NFT will also introduce new gameplay aspects like PVP battles, solving mazes, along with MVP and boss levels for those who are looking for challenging content. There will also be a Party Assemble Mode, where players can team up with others in their journey.

Tokens earned in the game are in the form of ONBUFF Coins ($ONIT) which can be traded on decentralized exchanges like Upbit. The NFTs in the game aims to not just provide a better experience but to reward players for playing the game. Aside from its NFT aspect, there will be character customizations, where players will be able to exchange, sell, and trade their in-game items.

The game is currently on pre-registration, and there’s no word yet if it will be made available in other countries beyond the Southeast Asia region. 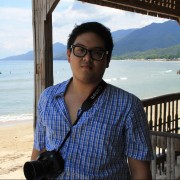 LimeWire Has Been Resurrected As A Music NFT Marketplace

What Is Bomb Crypto And Is It The Next Axie Infinity?